Ramsey - We're capable of winning something

Ramsey - We're capable of winning something

Arsène
Wenger’s team have been tipped by some to drop out of the Champions
League places in 2011/12 but they were written off last summer too and
still secured a top-four finish after challenging strongly for the
title.

That defeat at the Carling Cup Final denied Arsenal a trophy but Ramsey is confident they can go one better this time around.

“People
are entitled to their own opinions but I think and the team thinks that
we are more than capable of winning something this season,” he told
Arsenal Player.

“We're going to believe that we can and not
listen to any of the negative comments that people are saying. We're
confident in what we can do and I'm sure we'll show that this season.” 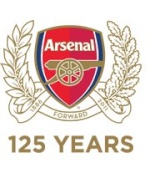